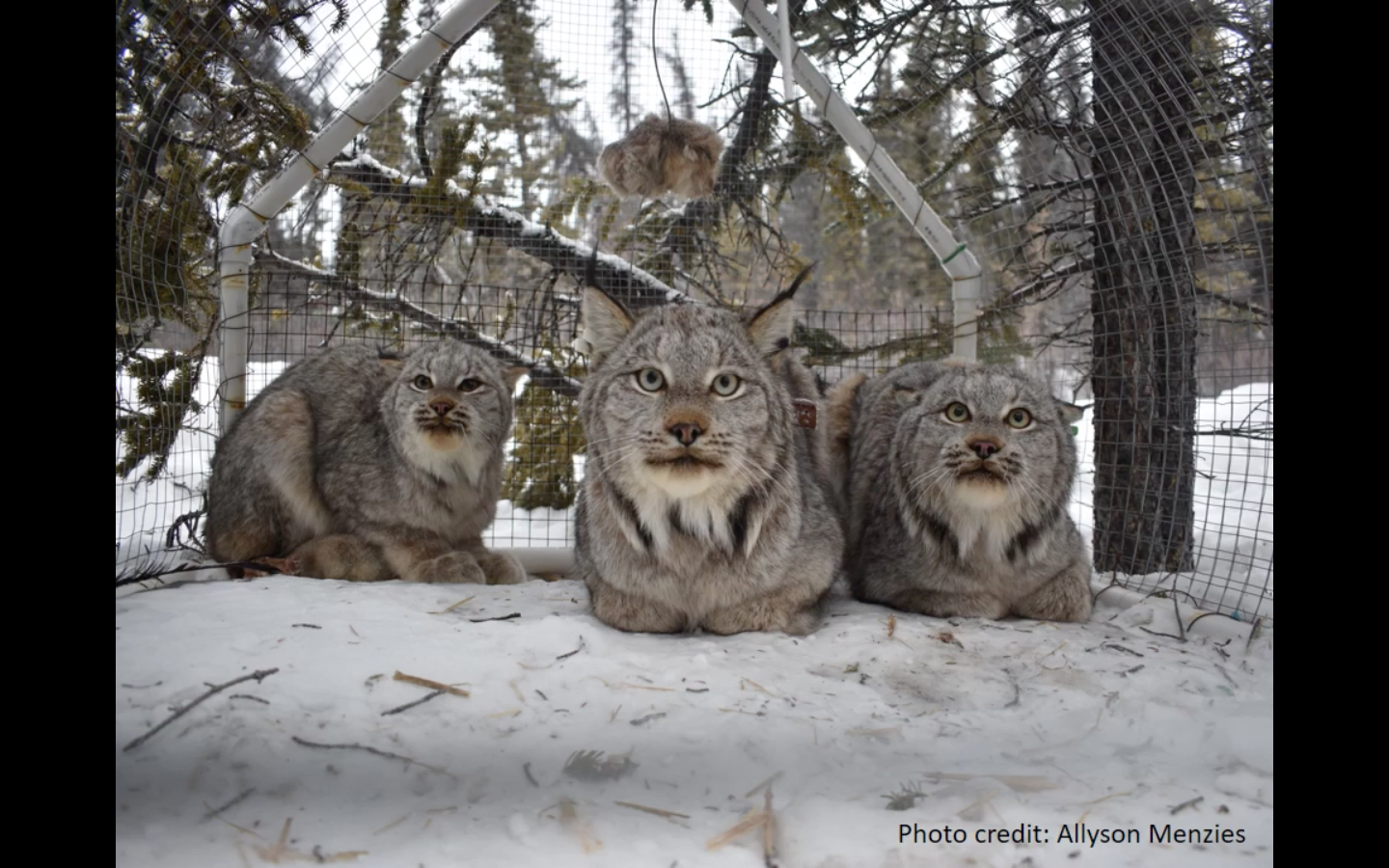 Rachael Derbyshire will share her stories from the field and preliminary results of her work as she studies the Canada lynx, a keystone species with population cycles that closely follow those of snowshoe hare, including how lynx behaviour changes how they cope with periods of low hare availability and other environmental factors.

Building upon previous work in southwestern Yukon, where lynx and hare populations have been tracked through several population cycles, she has seen dramatic fluctuations in lynx and snowshoe hare numbers. Rachael?s talk will focus on general lynx ecology in the context of broad-scale environmental changes.

Rachael Derbyshire is an early-career biologist interested in animal behaviour and conservation, with an undergraduate degree in Wildlife Biology from the University of Guelph, and a M.Sc. in Ecology. She has since worked with the Biodiversity Institute of Ontario, and has managed several applied projects on monarch butterfly conservation with the University of Guelph. Supported by Wildlife Preservation Canada, she continued working with threatened species through the Post Graduate Diploma in Endangered Species Recovery program, offered by the Durrell Institute of Conservation and Ecology and validated by the University of Kent, including travelling to Mauritius to participate in a range of field expedition and classroom learning opportunities focused on the recovery of endangered species. She is currently working on her PhD on the foraging behaviour and population ecology of Canada lynx. Rachael is very happy to be returning to the Hamilton area, close to her childhood home of Brantford, Ontario, to speak to the Hamilton Naturalists? Club about her experiences working with northern populations of Canada lynx.