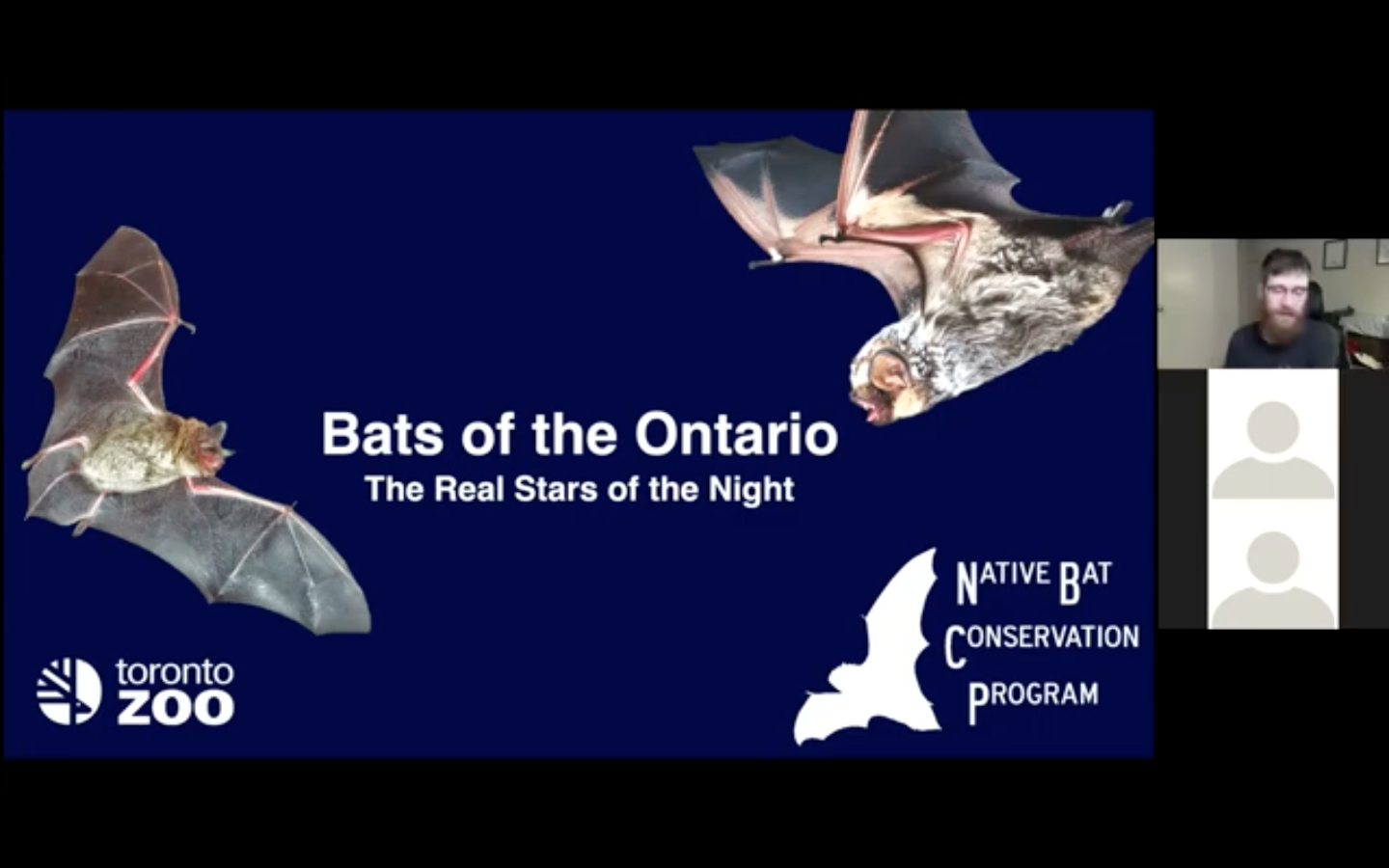 Our December 2020 webinar featured Toby Thorne, Program Coordinator for the Native Bat Conservation Program at the Toronto Zoo. Toby’s talk began with the fascinating and diverse world of bats as a whole, before narrowing in to the species found in Ontario, why they deserve our attention, and some of the projects being undertaken by the Toronto Zoo’s Native Bat Conservation Program to expand our understanding.

Toby caught his first bat at the age of eleven and hasn’t looked back. He spent his teenage years hanging around the woodlands and churchyards of southern England learning about their biology and how to study them. He studied biological sciences at the University of Oxford, including an honours project examining social relationships among bats in along-term banding study. He moved to Canada in 2013 to undertake a research Master’s investigating bat migration around the Great Lakes, supervised by Dr. Brock Fenton. Since completing his Master’s he has remained in Ontario, working on a variety of bat conservation programs, and authoring a field guide to the bats of the province. Since 2016 he has worked on the Native Bat Conservation Program at the Toronto Zoo, leading projects focused on monitoring and learning about Ontario’s bat fauna and improving public perception of these remarkable creatures.